The morning began with 13 members standing by at the 9th annual Emergency Preparedness Day hosted by Upper Macungie, North Whitehall, and South Whitehall Townships. With multiple fire units from the three townships committed a joint response was set up, which included Engine 311 staffed with six.


Around 11AM a reported structure fire was dispatched to the Speedway gas station in North Whitehall Township. Engine 311 arrived stretching a 1 3/4" line requesting tankers begin establishing a water supply. No fire was found and crews cleared shortly afterwards.


Around 2PM a reported dwelling fire was dispatched to the 1600blk of Travers Rd in Upper Macungie Township. Engine 311 arrived, had our own hydrant, and stretched an 1 3/4" line to the side of the house where crews found a smoldering outside fire. Another hose line was stretched to the front door. No extension was found inside.
Members cleared Emergency Preparedness day around 4PM and wanted to thank everyone who came out 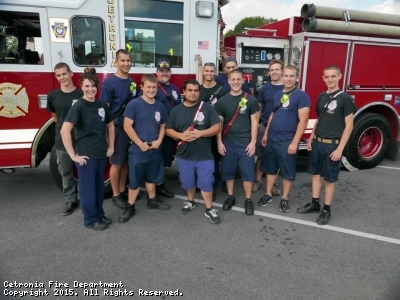 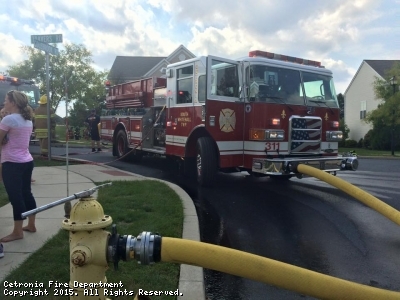 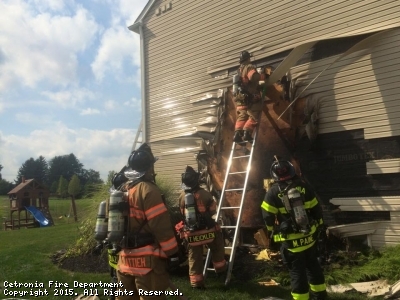 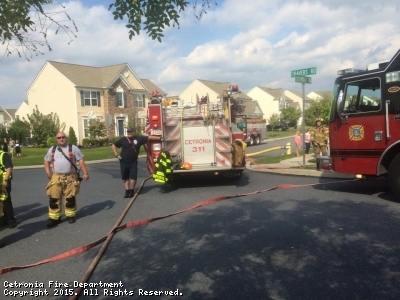 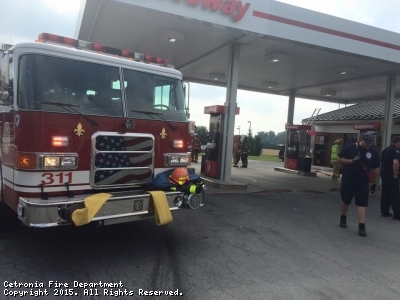 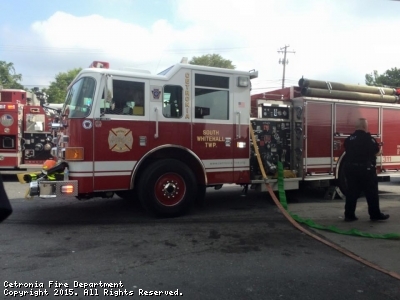 This morning around 0830, Cetronia and mutual aid were dispatched to the 4000 blk of Chew Steet in Cetronia for a chimney fire. Chief 303 immediately arrived and reported normal conditions from the outside.
➠
Weisenberg Working House Fire 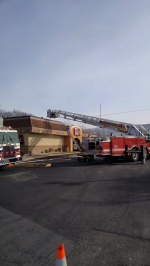 Today at 11AM Tower 331 w/3 and Chief 301 responded as part of the initial box to the Taco Bell on Lehigh St in Salisbury Township (Station 31) for a structure fire.Companies found fire in the walls extending up into the soffit.
➠
First Due Shed Fire

Around 2PM Station 3 and mutual aid were dispatched to the area of Broadway and Parkway Rd for a shed fire. Engine 311 responded w/3 and was advised by Lehigh County that they are receiving multiple calls and it is possibly an attached garage.Engine 311 arrived with smoke showing from the rear of a ...
➠
Live Burn and Small Apartment Fire

Yesterday began at 0530 when Tower 331 responded with 5 to the 1500 blk of Ruth st in Station 11's district (Greenawalds) for a smoke odor inside. Crews positioned on Side A and stood by.At 0800 7 members went to the Whitehall Township Fire Training Grounds to participate in a live fire training...
➠
AMC Movie Theater Box Alarm 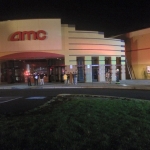 Around 9PM a box alarm was dispatched to the AMC Theater in Tilghman Square. Lehigh County Radio was reporting a fire in the electrical room with an activated fire alarm. Engine 311 arrived, securing a water supply and advanced a hand line to find an electrical fire.
➠
Large Spill

Today just before 2PM, Engine 312 and Chief 301 responded to a diesel fuel spill beginning at the Rt309 north exit ramp to Tilghman Street west, ending at the entrance to Dunkin Donuts. After determining the size of the spill, Hazmat 3291 was dispatched to assist.
➠
Woodlawn Working Fire 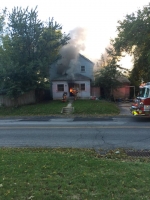 Tonight around 6PM Tower 331 was dispatched to the 2000blk of Huckleberry Rd in Station 32's district (Woodlawn) for a dwelling fire. When the Tower arrived the inside team assisted with searches and the outside team began laddering the building.
➠
MVA Hamilton/Lincoln

Monday night members were enroute to Station 31 (Western Salisbury) to begin the first night of Aerial Operator practices when they came up on this MVA. As Engine 311 approached the scene it appeared the accident had happened seconds before hand and there was an engine compartment fire.
➠
Busy Saturday

This morning around 10AM a box alarm was dispatched to the 3500blk of Union Street in the Dorneyville section of South Whitehall (first due) for a basement fire. Engine 311 (staffed with 6 firefighters, 4 of which were interior qualified) arrived 3 minutes after dispatch, split laid 650' of 4&qu...
➠
Motorcycle Accident

Around 6PM this evening Station 62 (Cetronia EMS) and Engine 312 were dispatched to Hamilton Blvd and Cedar Crest Blvd for a motorcycle accident. 4 members were enroute to a driver training course in Utility 391 and arrived first beginning patient care.
➠
Reported Basement Fire in Greenawalds

Today around 11AM Tower 331 was dispatched as the first due special service to the 2400blk of Lisa Ln in Station 11 (Greenawalds)'s first due for a basement fire. 331 arrived placing ground ladders and assisted with opening up the outside of the house.
➠
South Whitehall Working Fire 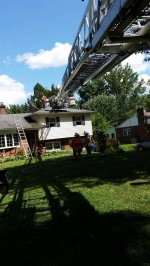 Tower 331 just cleared from the Cedar Crest Professional Park in Station 31 (Western Salisbury)'s district for the original report of smoke coming from the basement. After investigation crews determined the source to be an elevator motor.
➠
Salisbury Township Odor Investigation

With multiple units committed to a working house fire in Eastern Salisbury this morning, Engine 711, Rescue 3041, Ladder 3131, and Tower 331 responded to Bevin Dr in Salisbury to assist with an odor investigation inside an office building.
➠
Dorney Park fireworks and a door pop

At night members stood by at Dorney Park while they held their annual July 4th fireworks. Around 1130 PM the 9 members still in station were approached by a passing motorists reporting a serious traffic accident a few blocks from the firehouse.
➠
Friendly's Box Alarm

This evening around 5PM Cetronia and mutual aid were dispatched to the Friendly's in box 0301 for a report of smoke coming from the air vents. Engine 311 arrived, laid 500' of supply line and stretched an attack line inside to find a haze with a strong odor.
➠
1 of 72 of 73 of 74 of 75 of 76 of 77 of 7
138 entries in the Call history
Facebook timeline
Apparatus gallery 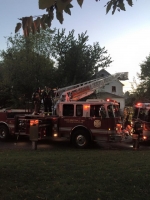 This site has been viewed 314,667 times.
Calls
News
Apparatus
Maintained by the members and staff of Cetronia Fire Department. Designated trademarks and brands are the property of their respective owners. Copyright © 2006-2021. YourFirstDue Inc. All Rights Reserved. Content on this web site is supplied by Cetronia Fire Department. YourFirstDue Inc. cannot be held responsible or liable for any content, text, pictures, or any other media found on this web site.
Management login
Powered by